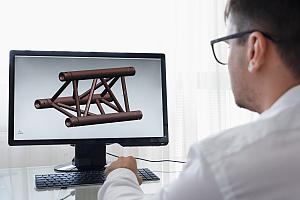 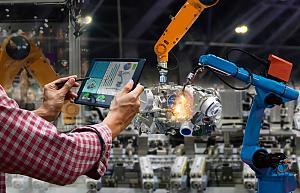 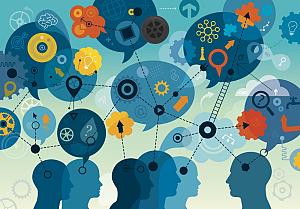 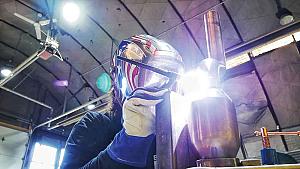 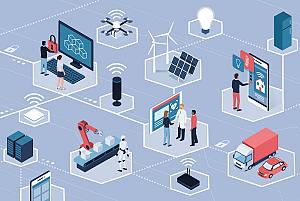 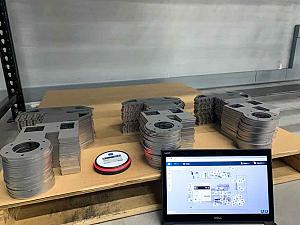 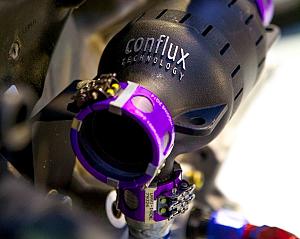 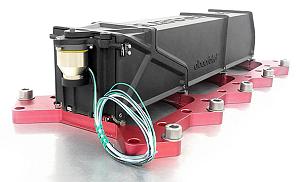 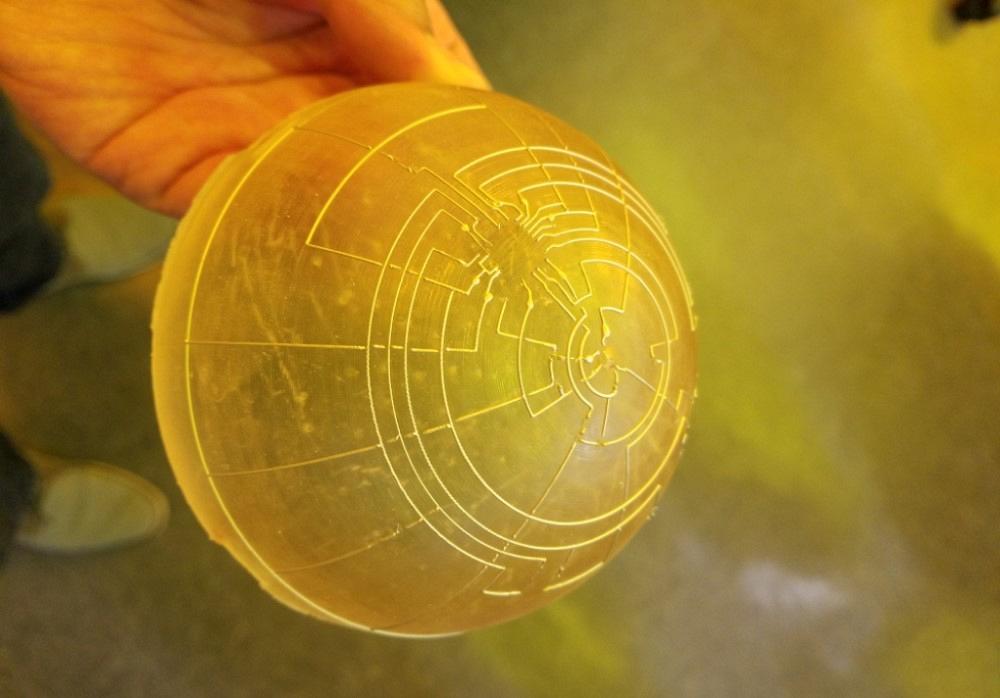 An example of what additive manufacturing allows the Army Research Laboratory to do is 3D-print Arduino circuits on dome structures. U.S. Army

The U.S. Army Research Laboratory (ARL) at Aberdeen Proving Ground in Adelphi, Md., opened in 1992 as part of an effort to realign the Army’s technology base following the cessation of communism in Eastern Europe. In the mid-1990s, the Army first began investigating the use of additive manufacturing.

ARL researchers use AM and other disruptive technologies to conduct foundational research aimed at modernizing Army systems and equipment. The ARL’s Essential Research Program (ERP) for AM studies ways that 3D printing technologies can improve the Army’s long-range artillery, missiles, and rockets—known as long-range precision fires (LRPF)—and next-generation combat vehicles.

To learn more about the work performed by the ERP, The Additive Report interviewed Jason Robinette. He joined the program in November 2017 and was named program manager last November. Robinette, who holds multiple degrees in chemical engineering, has spent 13 years at the ARL.

Additive Report: Why is AM an “essential” research program?

Jason Robinette: We believe AM can be a game-changer in that we can build geometries not possible through traditional manufacturing, which opens up the design space to envision new geometries for Army products.

AR: What are some examples of the geometries AM has allowed that weren’t possible previously?

Robinette: Topologically optimized structural components, such as unmanned aerial vehicle chassis and arms for combat vehicles and unmanned aerial systems that save weight and enhance range and maneuverability. Conformal antennas can be printed for UAVs. A cool example is the lightweighting of a PackBot (military robot) structural flipper through topology optimization design. The 70% weight savings will facilitate either more agility for the soldier or allow for more capability—more sensors, tools, etc.—to be added to the robot.

AR: What are the long- and short-term goals of the ERP?

Robinette: In the short term, we’d like to demonstrate the viability of AM processes on a component level within a munition: better combustion for propellants, more mass-efficient warheads, and optimized circuit and fuzing designs on conformal and nonplanar surfaces. Longer term, we want to demonstrate the integration of these AM technologies at a system level and develop synergy between different AM components within a munition.

AR: How would such synergies improve munitions? 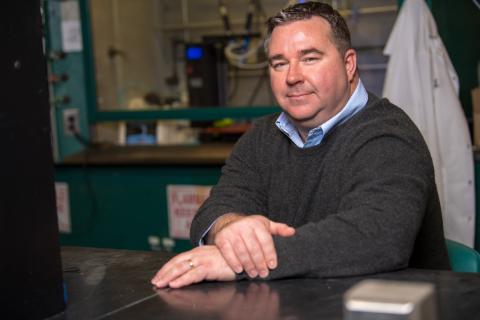 Jason Robinette has spent 13 years at the Army Research Laboratory. He joined the Essential Research Program for AM in November 2017 and has headed the program since last November. U.S. Army

Robinette: Instead of manufacturing munition components separately and then assembling them, AM allows printing components at the same time, thus opening up the design space to allow for more efficient system-level performance. You can also use AM to improve the adhesion and contact of the different munition components.

AR: How does the program support LRPF and next-gen combat vehicles?

Robinette: For LRPF, it’s using AM to print propellants for longer-range, metal components that are more mass-efficient and provide enhanced lethality, and electronic components that can survive high G forces that are printed in a more efficient way to save space within the munition. For the next-generation combat vehicles (NGCVs), we want higher muzzle velocities and penetration capabilities.

AR: Share three projects ARL’s additive team has completed, or is working on, that couldn’t be done with conventional manufacturing processes.

AR: It’s not uncommon for individuals in AM to have, like yourself, a chemical engineering degree. What makes that area of study a good fit for additive?

Robinette: The training for chemical engineering is multidisciplinary in nature and provides a nice intersection between manufacturing, materials science, chemistry, and computational modeling. All of these skillsets can be translated to AM, where ChemEs have a good background to understand both the feedstock challenges (metals, polymers, and composites) and the manufacturing (rheology, process controls, and modeling).

AR: Does the Army use commercial materials for 3D printing, or does it develop all its own materials? And what distinguishes Army materials from their commercial counterparts?

Robinette: We use a combination of both. We develop new materials when an application has a specific property requirement that is not met by commercially available materials.

AR: To 3D-print these ruggedized materials, are custom or modified 3D printers required?

AR: Part of the ARL’s mission is to additively manufacture longer-lasting electronic sensors and fuzes. How does AM improve those devices?

AR: Besides LRPF and next-gen combat vehicles, what other uses for 3D printing is the Army investigating?

AR: Last fall Secretary of the Army Ryan D. McCarthy wrote, “Advanced manufacturing will fundamentally change the way the Army designs, delivers, produces, and sustains materiel capabilities.” Focusing on just the AM component of “advanced manufacturing,” what will be the long-term impact of AM on the Army?

Robinette: The future of AM for the Army is the ability to produce parts, assemblies, and whole structures rapidly while optimizing performance and saving weight. Current AM efforts are focused on munitions developments; however, the advancement of AM technology is equally important and will impact many Army platforms. The maturation of design science, manufacturing, and feedstocks will enable multimaterial prints and on-demand production and certification that will yield real-time mission readiness. For munitions, AM capability will be a pervasive tactical and industrial-base infrastructure to fabricate weapon systems on-demand via materials by design—from atoms to munition. The all-in-one, on-demand printing capability—from energetics to guidance, navigation, and control/electronics—will enable threat-responsive munition design so that the Army will surprise the enemy with protection and lethality overmatch and stay ahead of an enemy’s reaction cycle. The efficiency of the future 3D printer will facilitate agile logistics—the capability to produce munitions with a small number of raw materials and electronics. The Army will be highly agile in a multidomain operation environment, where being stationary invites potential annihilation.

Don Nelson has reported on and been in the manufacturing industry for more than 25 years. 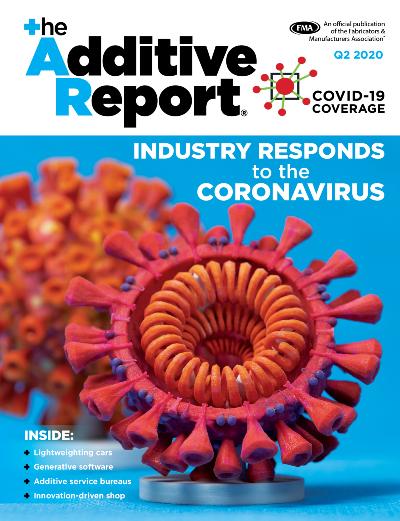 Vehicle from Local Motors is 80% 3D-printed